The Fight For Dirt 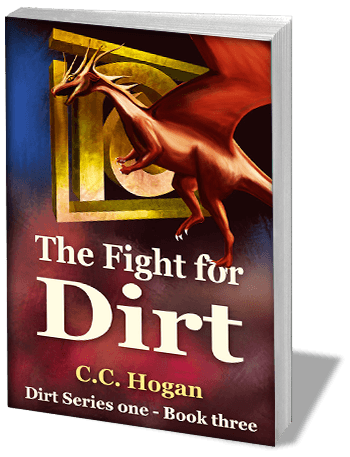 The war spreads in the heart-rending conclusion to Dirt, series one.

Warning:  If you haven't read book one and two, then be prepared for a couple of spoilers!  You might want to rush off now...

Pree is in exile on the beautiful Isle of Hope in the Missing Sea, but as Weasel kills the last of the assassins,  she must head north to the Sand Hills and attempt to cut Tekkinmod off from his vital supplies of steel and coin.

But the great plans of war are about to be overtaken by a far more insidious threat to the dragons...

"You have seen more decline recently?"

"We have lost two to illness that we do not understand.  It was three years ago and quite sudden.  They lost much of their colouring and grew weak and then the breath left them.  We have not seen such a thing before nor since, for which I am thankful."

"One was but forty and the other in their third century.  They had no other illness nor were they bitten or affected by accident."

"You say they lost their colour?"

"Why is unknown to us, but they became grey in patches and their skin was dry and lifeless.  Eafa, they looked much like ghosts."

In the meantime, back in The Prelates, Farthing is rebuilding Pree's Army and readying it to battle against whoever of Henry or Tekkinmod is victorious in the north.  But if Farthing gets it wrong, then everything they have dreamed of will come to nothing.

In the dramatic finale of the first series of Dirt,  the friends will risk everything to beat back the oppressive regimes that threaten the lives of the people of Dirt and they will have to suffer the loss of those closest and count the terrible cost of war. 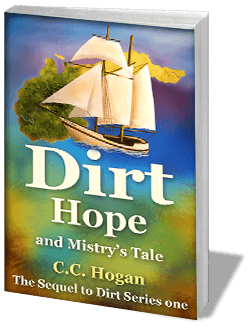 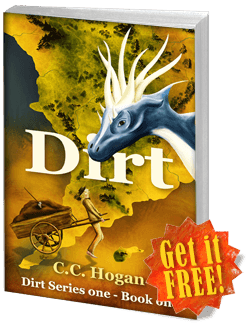